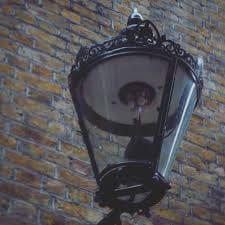 Context Thursday 28th May 2020: While the UK public was instructed by the Prime Minister to “STAY AT HOME, PROTECT THE NHS, SAVE LIVES”, the Prime Minister’s top adviser, Dominic Cummings, drove his family, knowing his wife had the virus, from London to stay at a family home in Durham. Some days later, he was seen with his family in public in Barnard Castle 25 miles from Durham – he claimed he was driving to ‘test his eyesight’. He also drove while he had the virus himself, to collect family members from a hospital. The public were told the ‘small print’ meant we could have all done what Cummings did. Public uproar resulted with the BBC having to censor one of their journalists who reported this.

So we have national acrimony directed at one man (Dominic Cummings). Surely that is not fair? If you have some degree of social responsibility that may concern you. If justice operated fairly then events would take their course and the nation would sleep better at night because it is not at the moment. Yes, many people are missing loved ones, worrying about loved ones and fearing the invisible virus but most have coped.  Colleagues I have met in online meetings say they have been agitated like never before by what seems to be Government by Gaslighting. Government by Gaslighting happens when the cabinet is picked on the basis of unquestioning loyalty rather than any ability to do anything. The doctrinaire is favoured over the circumspect and the capacity to think on one’s feet is unhindered by any notions of objective or even tentative truth. As an educationalist, perhaps I should not be engaged with big P political matters in an educational blog except for the fact that it matters. I work in the area of Psycho Social Skills and Understanding on the basis that these skills are important and they can be taught. They are about understanding the feelings of others and empathising with them. They are about self knowledge too. Learning about others so you can cooperate to play and learn with them. They are about making good choices which means considering the consequences of one’s actions.

Alfred Adler made a good choice in the late thirties when he fled Austria just before the point of the Nazi take over. He was a child psychologist and he referred to Psycho Social Skills and Understanding skills as essential in developing social responsibility. He saw that it was vital for the child to be taught the skills and knowledge that make up social responsibility in order to counter the threat of authoritarianism which rules by lies and misdirection. This is now known as ‘Gas Lighting’ and something that often occurs in abusive relationships in which power is sought by destabilising the other partner so that they do not know what is truth other than what their abuser tells them. The dominating partner therefore becomes ever more stronger and their partner weaker, a victim now,  losing any sense of worth or  agency. In the past Gas Lighting was a key concept of the Psychedelic Psychiatrist R. D. Lang who described the process of giving mutually contradictory messages that undermine an individual’s well-being using Gregory Bateson’s term a ‘double bind’. The comedian Matt Lucas demonstrated how Prime Minister Johnson has used this approach in the current crisis through contradictory messages “Stay at Home”; “Go Out”; “Stay Safe”; “Go to Work”; “Keep Alert”; “Return to Normal Daily Life”. The Government psychological change unit clearly does not know in which direction to push either by design of by error. The right wing elements of government will always exploit a good crisis, as happened with Austerity where measures were put in place to limit government and pass the functions of government onto friends in business. That is all well and good for the beneficiaries of the dismantling of the commonwealth of state but it can make life much riskier for the rest of us who need a functioning state that includes local government so society can function when the next crisis comes along.

That is why social responsibility is something that can be taught and must be taught to all future citizens as if our resilience depends upon it.

Our young people deserve leaders who they can admire and model themselves on – do we want young people to be like Johnson, Gove and Cummings?

Scroll Up
Skip to toolbar